The world’s two most famous Christmas trees are ready to deliver season’s greetings to millions of visitors to New York and Washington D.C. – but both come with a cost.

While residents and tourists marveled at the lights and music, it is the costs associated with the famous tree that might have some shaking their heads. The 14-ton tree – while donated – would cost about $25,000 if you tried to purchase it. That’s a far cry from the $75 average most Americans paid for a tree last year according to the National Christmas Tree Association. Add in the cost of 50,000 LED lights, the jeweled Swarovski ornament on top of the tree and the cost is close to $75,000.

The national tree has some costs behind it too according to TMZ. The ceremony for the 30-foot Colorado Spruce from Pennsylvania will cost $180,633. Most of the costs are associated with “event management” as well as expenses for the sound system and protective glass for the First Family.

At the other end of Pennsylvania Avenue, the Capitol Christmas Tree was lit Wednesday. The 60-foot gall Blue Spruce hails from the Carson National Forest in New Mexico. 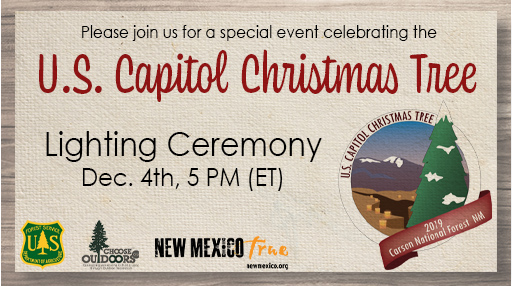 The Rockefeller Center tree and the D.C. tree lightings are free to the public. That is not the case at The Villages – outside of Orlando – where residents are asked to purchase “VIP Experience” tickets for an “extra festive time” at the annual holiday celebration at Lake Sumter Landing Market Square on Thursday night. The VIP lighting goes for $50 per person, $80 per couple and $225 for a table for six. For the “experience” besides the lighting, buyers will get reserved seating, appetizers and a VIP tent with two free drink tickets and a cash bar for more cocktails.

But the “biggest” tree event is not in Florida, Washington or New York, but in Los Angeles. At the Citadel Outlets in Commerce, a 115-foot tree was lit on Nov. 9 and is billed as the world’s tallest live-cut tree. It is 40 feet taller than its New York City counterpart and is 20 feet longer than the basketball court at the nearby Staples Center. It is also decorated with more than 18,000 multi-colored, energy-efficient LED lights.